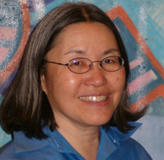 Jane Chu Prey has been a Program Director in the Division of Undergraduate Education at the National Science Foundation since 2012 (with an earlier stint in the same position from 2001 to 2003). From 2003 to 2012, she was a Program Manager at Microsoft Research, working in the area of External Research and Programs. From 1992 to 2004, Dr. Prey was a Lecturer in the Computer Science Department at the University of Virginia. She received her undergraduate degree from the University of Illinois at Urbana-Champaign and her Ph.D. from the University of Virginia.

At the time of this interview, Jane Prey had been working for Microsoft Research for about four years. In 2012, five years after this interview, Jane received the SIGCSE Award for Lifetime Service with the citation “For her love of and dedication to the computing education community — academic, industry, government and professional societies; and for her tireless efforts in encouraging more students, especially women, to pursue education and careers in computing.”

This section includes the audio and transcript of the interview with Jane Prey, conducted on July 15, 2007 in Bellvue, Washington, USA by Barbara Boucher Owens.

Other information about Jane Prey