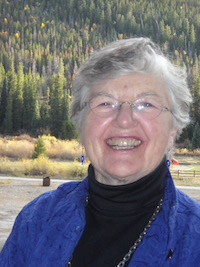 Fran Allen began her career as a high school math teacher in northern New York State for two years in the mid-1950s. She went on to earn a master’s degree in mathematics. She has reported that the reason she joined the famous IBM research organization in 1957 was to teach FORTRAN and pay off her tuition. She is now retired from IBM and, when she is not skiing, has been talking to groups about her work and trying to improve the culture of computing to make it more hospitable to females.

Allen became the first female IBM Fellow in 1989, recognized for her leadership at the company and in the field of computing. She was elected as an ACM Fellow in 1994 and a Fellow of the Computer History Museum in 2000. In 2006, Fran Allen became the first woman to win the Turing Award, which recognized her seminal work in compiler optimization with the citation “For pioneering contributions to the theory and practice of optimizing compiler techniques that laid the foundation for modern optimizing compilers and automatic parallel execution.”

CEOHP includes a brief video interview with Fran Allen, recorded by Barbara Boucher Owens on October 2, 2008. There is no separate CEOHP audio interview for this individual. Please see video further down on this page.

Other information about Fran Allen

Video clip: Connections between CS professionalism and the glass ceiling

In this video, Dr. Allen reflects on how the emergence of computer science as a professional field may have led to a decline in the number of women entering computing.