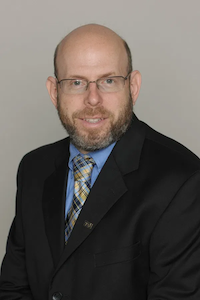 Mark Weiss is SCIS Eminent Scholar Professor and Associate Director for the School of Computing and Information Sciences at Florida International University in Miami, Florida. He received his Ph.D. and MA in Computer Science, as well as his MS in Electrical Engineering and Computer Science, from Princeton University, and his BE in Electrical Engineering from the Cooper Union for the Advancement of Science and Art. He has been at FIU since 1987, and was promoted to Professor in 1996. His interests include data structures, algorithms, and education. From 1997-2004, he served as a member of the Advanced Placement Computer Science Development Committee, with the role of chair from 2000-2004.

Mark is most well-known for his Data Structures textbooks, which are widely used in computer science education. He is an IEEE Fellow, AAAS Fellow, and ACM Distinguished Educator. In 2015, he was the recipient of the SIGCSE Award for Outstanding Contribution to Computer Science Education, with the citation “For authoring textbooks that have had a profound impact on generations of students and for invaluable service to the computer science education community.” He has also been recognized with 2017 IEEE Computer Society Taylor Booth Education Award and the 2018 IEEE Education Society William Sayle Achievement in Education Award.

This section includes the audio and transcript of the interview with Mark Weiss, conducted on March 5, 2015, in Kansas City, Missouri by Barbara Boucher Owens.

Audio of interview [about 79 minutes]

Other information about Mark Weiss

Video clip: SIGCSE leads to AP and being known to neighbors as smart